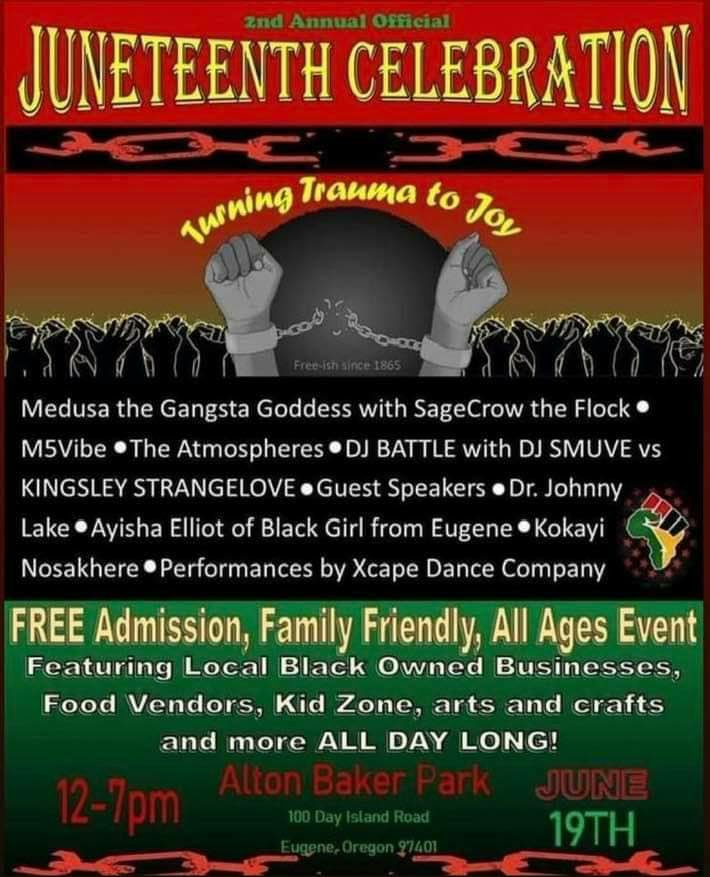 The flyer for the 2nd Annual Official Juneteenth Celebration at Alton Baker Park on June 19, 2021.

Unlike last year’s events, which were held by two separate groups over two days, this is the first celebration in which Juneteenth is both an official state and federal holiday. Juneteenth was signed into law as a holiday on June 1 and June 17, respectively.

It wasn’t until June 19, 1865—-over two years after Abraham Lincoln’s “Emancipation Proclamation”—-when Black slaves in Texas learnt that they were “free” by Union General Gordon Granger.

While the day has been celebrated by the Black community since the 1880’s, it has grown in recent years and is, finally, getting the mainstream attention it deserves.

A more in-depth explanation of the day and its significance can be found here in this history.com article.

The event started off with an upbeat version of the Black national anthem, “Lift Every Voice and Sing,” by Andiel Brown, Director of the University of Oregon’s Gospel Choir.

Dr. Johnny Lake, spoke next about how recent American slavery really is by speaking about how his grandfather—only one generation of men in-between them—was “bought and sold like cattle.” Following his speech, the crowd was treated to a Gumboot dance performance by Michael Moloi and Josh Caraco.

A local attendee described the atmosphere as “great with good energy.” 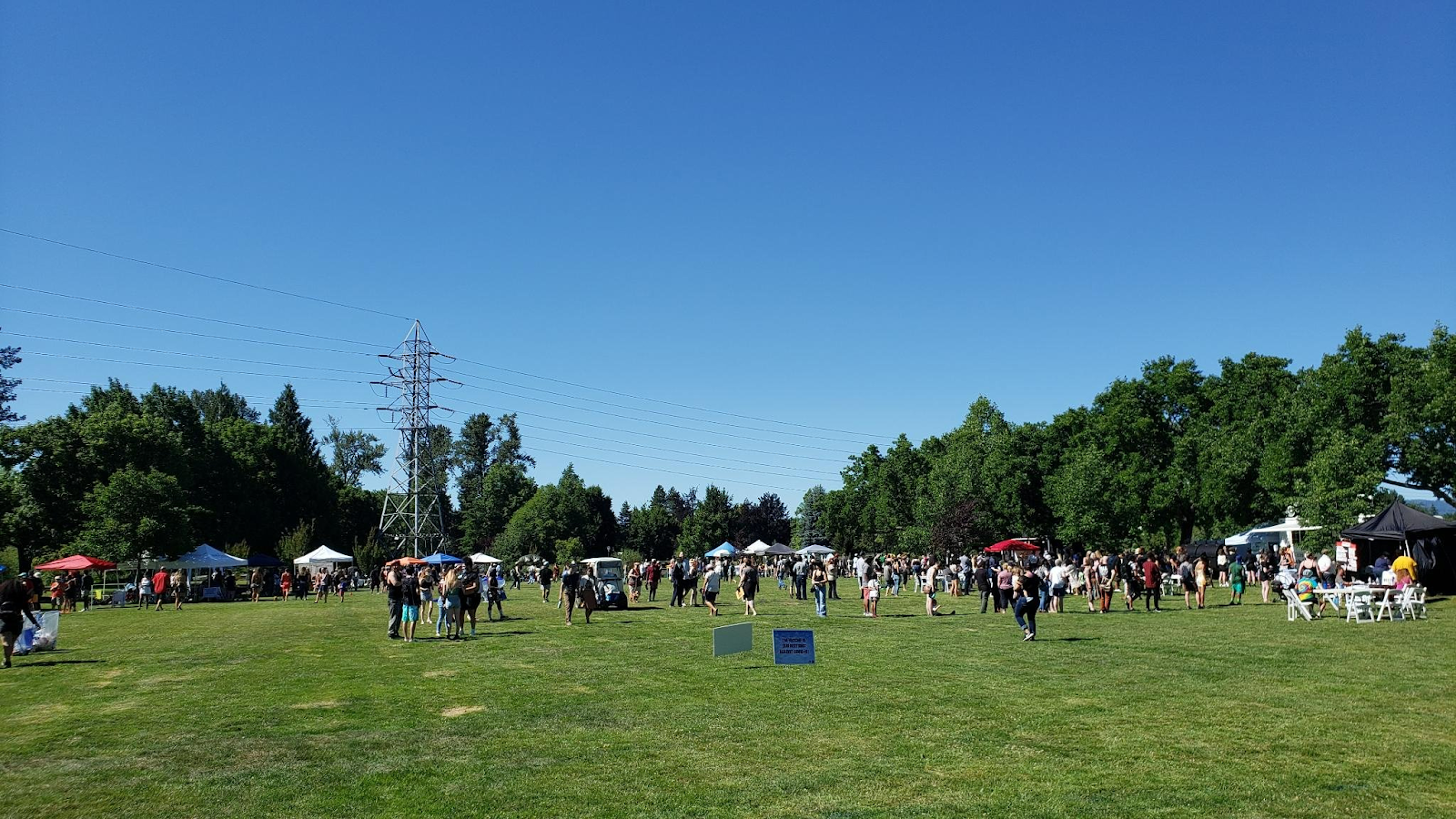 Looking out from the mainstage towards the other side of the Celebration. [James Croxton // Double Sided Media] Throughout the day, there were speeches by Jay St. James, Ayisha Scott, and Kokayi Nosakhere. There were also many other performances by The Atmospheres, Esha Benway, Alaja Badalich, Black Dancers of Elite, and Xcape Dance Academy.

Jay St. James, who was covered by VICE News, spoke about her experiences with activism and her friend, Charlie Landeros, who was shot and killed by the Eugene Police Department in 2019.

“For those who don’t know of me, I’m a controversial political figure who mixes adult work and politics to create my own path to personal safety,” said St. James. “I was also loved and adored by Charlie Landeros.  Which is my greatest accomplishment to date.”

St. James, about how her sex work and activism has influenced her treatment said “it took about three months of me being in town to make your local papers in a scandal around racism.” She stated that it was “all because I said that there’s a systemic racism visible here that discourages black residents from taking in new black community members. The same way many areas didn’t allow us to congregate in groups of more than three.”

About both Eugene’s politics and its role in the national spotlight, St. James said “Eugene’s politics aren’t particular to Eugene but Eugene is uniquely situated in the nation to lead the discussion on how revolutionary and criminalized activists are viewed and protected by those with platforms more palatable to white supremacy.”

Her full speech can be read here.

Among the many tables was the City of Eugene, Beauty by Kinaya, Dorotheaa, Made with Sol, Mae’s Prodigy, Morganic Roots, Elev8 Cannabis, and the Neighborhood Anarchist Collective.

There was plenty of food being offered up, too, including Makeda’s Cuisine, Hayward’s Kitchen, Irie Jamaican Kitchen, Stewart’s Soul Fusion, and Justice Shave Ice among a few others.

Closing out the night, Los Angeles’ Medusa the Gangsta Goddess performed with Eugene’s own Sage Crow The Flock.

Let’s be real, though.

While community celebration of—initial—-Black liberation insinuates that progress has been made, federal recognition is not progress, let alone atonement.  It’s a symbolic gesture and one that many consider to be an empty one.